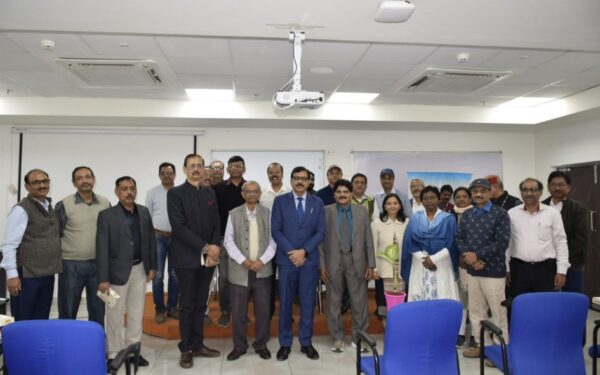 Ranchi, Nov 23: The General Body meeting of NIPM Ranchi Chapter was held in the Campus of Central Coalfields, Ranchi in which Harsh Nath Mishra, Director (Personnel) CCL and BCCL was elected as Chairman with a full majority.

Addressing the meeting, Mishra said that monthly activities will be undertaken by the chapter so that the HR fraternity come forward to become members of the Chapter voluntarily.

Workshops on technical sessions will be conducted at different places including in different organisations. The professionals from all the organisations in and around Ranchi are being invited to become members.

Considering the role of Artificial Intelligence, the session will be held on Dec 17 on “Demystifying the role of AI in HR” in the Convention Centre of CCL, Darbhanga House, Ranchi.