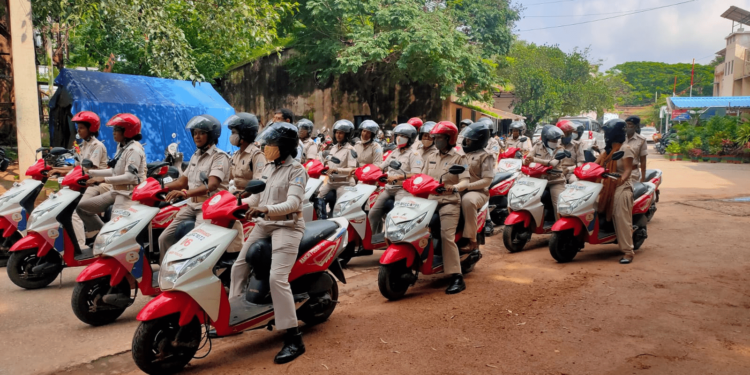 Ranchi, Sept 27: Ranchi police have deputed as many as 36 women police personnel on scooters to prevent incidents of eve teasing and molestation during Durga Puja.

Out of 90 women police personnel, as many as 18 are officers while 18 are constables. One officer and one constable will be on a scooter. Thus as many as 18 scooters have been provided to the team. The team is equipped with wireless sets and sticks beside contact numbers of all police station officers-in-charge, PCR and control room. Dy SP (city) Deepak Kumar has been made in-charge of the team.