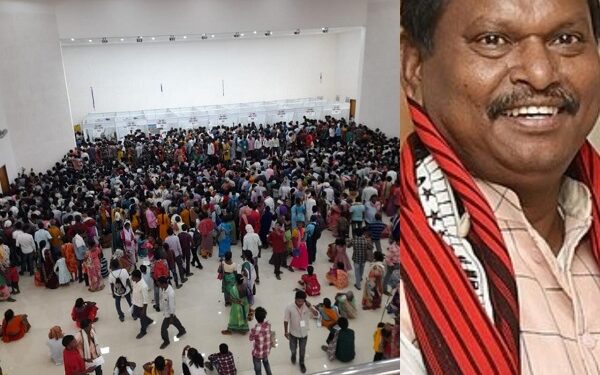 Ranchi, June 27: Khunti, the birth place of tribal icons Birsa Munda and Jaipal Singh Munda, with 5.32 lakh population is under the care of 22 doctors, most of them working on contracts for a pittance! The WHO mandates one doctor per thousand persons.

The worst figures are for specialist doctors. Out of 43 sanctioned posts of specialists, there are only 11. There is no specialist physician, surgeon, pathologist, psychiatrist, forensic expert, radiologist and skin specialist in the district. There are only 2 dermatologists, orthopedicians and gynecologists and just one pediatrician.

The health story, however, is the same across Jharkhand, which has only six doctors per lakh population and 85 percent of its specialist doctor posts are lying vacant. Jharkhand’s basic state-run health care infrastructures which included primary CHCs and SHCs are way less than the required as per the Indian Public Health Standards (IPHS).

No wonder, when the Union tribal Affairs Ministry with the support of the district administration organized a mega health camp with over 300 doctors drawn from New Delhi, Ranchi and Mumbai, over one lakh tribal men, women and children thronged the Birsa Munda stadium pushing each other to get screened and get treatment.

The huge crowd was a slap on the face of the State’s health department, which has spent thousands of crores of public funds in the last 22 years with little improvement in the health delivery system, particularly in rural areas. In the 2022 budget alone, Jharkhand has allocated 6.1% (Rs 5,630 crore) of its total expenditure on health.

Ironically, Health Minister Banna Gupta, instead of taking some lessons from the camp, boycotted it just because there was no picture of Chief Minister Hemant Soren! Earlier, his move to get himself along with senior health department officials, bodyguards and personal staff  rewarded with incentives had been thwarted by MLA Saryu Roy.

But it was a big eye opener for Union Tribal Affairs Minister Arjun Munda, who conceptualised and executed it. “The mega health camp was an eye opener for us as to how our tribal brethren are deprived of even the basic health facilities. Our ministry will hold a similar camp in tribal areas across the country, in coming days,” he said.

“I have run a pilot project in Khunti, my parliamentary constituency and it will be replicated in the tribal heartland across the country. It will also create awareness among people and make them a partner in improving the health profile of tribals,” he added.

“We had a target to screen 60,000 people. But we ran out of the registration forms by 12 noon and thereafter registered the people manually. The huge turnout of over 1 lakh tribal people, braving the blistering heat showed that there is a huge gap between the population and their requirement as per the Indian Public Health Standards (IPHS). People have aspirations and needs too,” he said.

“So, we will review the situation and map the needs of health infrastructure in tribal areas in the country,” he told this writer.