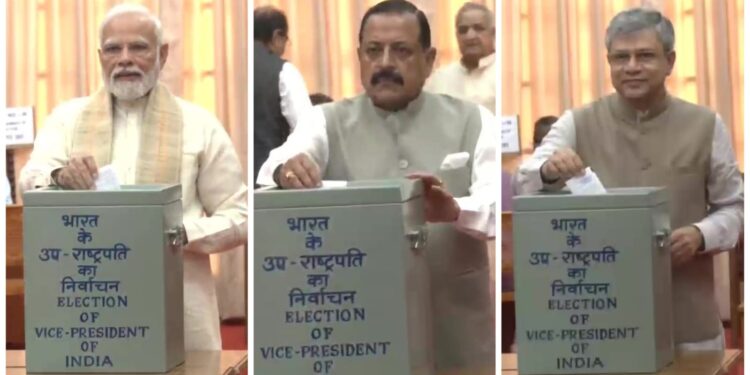 New Delhi, Aug 6: The voting for the election of India’s next Vice President has begun on Saturday morning at the Parliament. It started at 10 am and will continue till 5 pm after which the votes will be counted

Members of both Houses of Parliament will cast their vote to choose the new vice president as the current vice president, M Venkaiah Naidu will leave office on August 10.

#JagdeepDhankhar vs #MargaretAlva | Voting for the Vice Presidential election begins.

Votes will be counted today itself and the next Vice-President will take the oath of office on August 11 – a day after the term of the incumbent Vice President M Venkaiah Naidu ends. pic.twitter.com/bm2ILH5dYz

While Margaret Alva has been nominated by the opposition, the National Democratic Alliance (NDA) has named West Bengal Governor Jagdeep Dhankhar as their vice presidential candidate.

The next Vice-President will take the oath of office on August 11 – a day after the term of the incumbent Vice President M Venkaiah Naidu ends.

While Dhankhar (71) is a Jat leader from Rajasthan with a socialist background, Alva (80) is a Congress veteran who has held the offices of the governor of Rajasthan and Uttarakhand. Dhankhar and the TMC administration have been at odds over several issues ever since the BJP-controlled Centre named him as the Bengal Governor in July 2019.