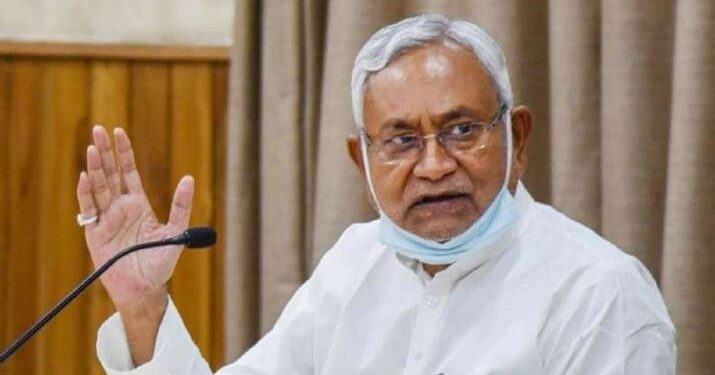 Patna, Aug 11: Nitish Kumar, the chief minister of Bihar dismissed Sushil Modi’s assertion that the rupture between the BJP and the JD(U) was caused by his failure to be named vice president on Thursday.

The claim, according to Nitish Kumar, is completely false “Is it a joke? I have no such desire. Did they forget how much our party supported their President and Vice-President candidate? We were waiting for the election to be over and then convened our meeting.”

“Let them talk so much about me that they may get a position,” he added.

#WATCH | "You heard a man (Sushil Modi) say that I wanted to be Vice President. What a joke! It's bogus. I had no such desire. Did they forget how much did our party support in Pres-VP polls?..Let them talk against me so that they get a position again," says Bihar CM Nitish Kumar pic.twitter.com/sj9Q7lqvbh

Nitish Kumar took the oath of office as the chief minister of the Mahagathbandhan government on Wednesday, one day after ending the state’s partnership with the NDA.

While many BJP officials believed it was time to move on, Sushil Modi asserted on Wednesday that Nitish Kumar wanted to be India’s vice-president. Senior JD(U) leaders, according to him, also contacted the BJP.

“Some JD(U) people had come to say that make Nitish Kumar Vice-President and you rule the state,” Sushil Modi said. He also added that the BJP never betrayed anyone. BJP made Nitish Kumar the chief minister five times by the RJS made him CM twice.