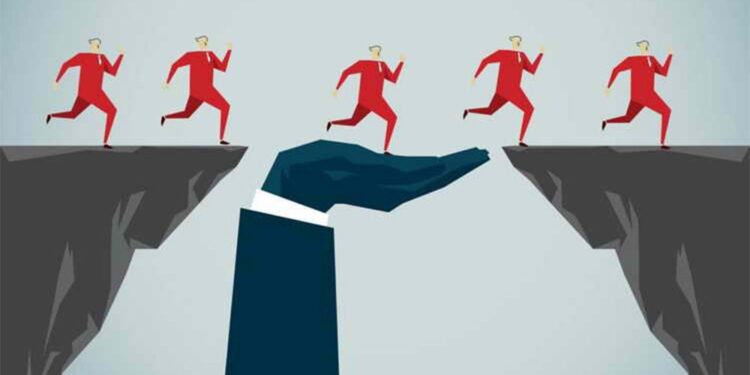 The world seems to be in turmoil. More due to human folly rather than any other reason. Though many may like to put the blame squarely on Corona the truth is that a few men with bloated egos are responsible for the present scenario.

Covid-19 was a natural calamity that certainly brought humanity to its knees and threw the world into a crisis. Though Corona is more or less over and we are in the process of recovery and rehabilitation, yet, this recovery would have been much faster having there been no Russia-Ukraine conflict.

In fact, it is better to call the war a Putin-Zelensky conflict. Moreover, even the Corona pandemic would have been much less catastrophic but for the poor global leadership response that was found wanting on many counts. The ego-driven responses at the helm worsened the catastrophe. Things would have been better if leaders were reason driven. It is against this backdrop that we need to revisit the idea of leadership.

The first and foremost question is what has gone wrong? And one answer that can be given is the king-sized ego that is afflicting leadership everywhere. We are witnessing an era in which megalomaniacs
are on the rise. An era in which we find leaders who remind us of the ancient Roman kings like Nebuchadnezzar and Nero, or Hitler and Mussolini of the modern times. There are similar examples even today. Driven by narcissism many modern-day leaders are so obsessed with self-love that they fail to see the world beyond their noses.

What makes a great leader? It has always been difficult to answer this but the one trait that has been found to be most desirable in leaders is humility. As bloated ego drives many of the present-day leaders around the world, the condition of the populace across the globe is deteriorating. The much-touted sustainable development goals of the United Nations seem to be ever elusive and like a moving target are continuously moving farther, as the dates they were to be achieved have to be shifted.

Hunger and misery appear to be unsurmountable feats. Ironically, even a small fraction of the global arms budget could have helped humanity defeat hunger and misery completely. But we are more interested in defeating the neighbouring countries. When ‘Me’ becomes bigger than ‘We’ this is what we will find. In our Hindu scriptures, this world is called the ‘Mrityu Lok’, signifying that you cannot escape death or final destruction.

But the megalomaniacs suffer from a kind of psychopathology that makes them think they will never perish. They need to learn the basic truth about time as given in Yog Vashishta which is quoted below-” all the hopes of man are consistently destroyed by time. Time alone wears everything in this world. Time overpowers everything. Time destroys all earthly greatness, even the strongest body succumbs at last… There is nothing in creation which is beyond its reach”.

This is the reality that leaders need to understand. The attributes that make leaders transcend time are humility, compassion and the ability to listen to people’s feelings. Hearing the unheard and seeing the unseen. Strong leadership is not about instilling fear in the people. It is about making them
believe that they can fall back upon their leaders in times of crisis. This ability to reassure is the hallmark of a great leader.

Great leaders don’t hanker for power nor do they cling to a position. They are driven by the courage of conviction and adhere to the values that make them stand for the right cause. It is a great myth that strong leaders are aggressive and commandeering. Quite the contrary. Strong leaders are compassionate and reassuring. They walk that extra mile to serve their people. They are admired and not feared. The world today is witnessing the antithesis of all these attributes in their leaders. People fear their leaders rather than love them. What better to expect?