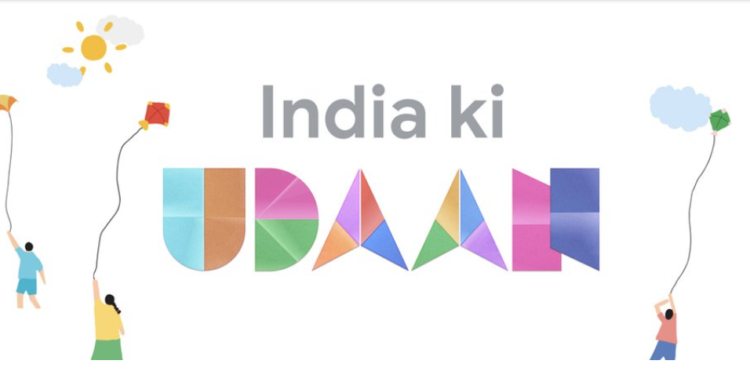 New Delhi, Aug 6: Google has discovered a method to tell the tale of India’s accomplishments online as the country celebrates its 75th anniversary of independence. The global leader of search engines on Friday unveiled the “India ki Udaan” online project, which would introduce internet users to the rich culture and tradition of India through its extensive archives and stunning graphics.

The initiative was formally introduced during an event held at the Sunder Nursery under the auspices of “Azadi ka Amrit Mahotsav” in the presence of Union Minister of Culture and Tourism G Kishan Reddy and other top Ministry officials.

The initiative, which was carried out by Google Arts and Culture, was based on the idea of the “Unwavering and Undying Spirit of India throughout these Past 75 Years.”

As the entire country observes the 75th anniversary of its independence as part of the “Azadi ka Amrit Mahotsav,” Google is preparing to collaborate with the Ministry of Culture to produce educational online content that will highlight the role of Indians played in reshaping the country both before and after independence.

Additionally, Google announced the launch of several special initiatives across its products and services that will provide its Indian users with premium content and an exceptional experience during the anniversary year.

Take a moment to step back in time and celebrate some of India’s most game-changing moments over the past 75 years ??https://t.co/GDPjHyKYfF pic.twitter.com/Tb3N9INJ1H

The event’s central focus was a brand-new online gallery called “India Ki Udaan,” which can be found on the Google Arts & Culture website. India’s vast cultural diversity and iconic occasions are featured in the collection. Visitors to the official Google website can relive those moments by viewing this collection.

It is available in English and Hindi and features exhibitions from a number of organisations across India, including the Ministry of Tourism, Museum of Art & Photography, Heritage Directorate of the Indian Railways, the Indian Academy of Sciences, and Dastkari Haat Samiti. It also features more than 120 illustrations and 21 stories written by 10 gifted artists.

The programme will give users a special opportunity to virtually experience India’s great moments. Users that delve deeper into the collection will learn more about the most famous figures in Indian history, as well as about the nation’s top athletes, scientists, and sports figures. For this online collection, the internet giant intends to work with artists from India and other countries to provide a rich and distinctive experience.