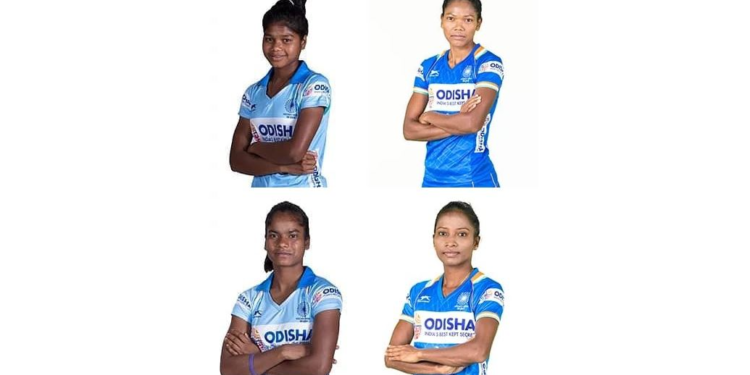 Ranchi, Nov 23: Four women hockey players from Jharkhand – Nikki Pradhan, Salima Tete, Sangeeta Kumari and Beauty Dungdung have been selected in the Indian hockey team for the FIH Women’s Hockey Nations Cup to be held in Spain from November 27 to December 18.

On the selection, Hockey Jharkhand President Bholanath Singh said that Jharkhand is very fortunate and proud that four of our daughters will represent the country’s team. Making a place in the Indian team is a huge achievement in the current times when the Indian women’s hockey team is qualifying and reaching good positions in big events like the Olympics and World Cup.

Hockey Jharkhand general secretary Vijay Shankar Singh said that at one time three to four players from Jharkhand used to be in the Indian team, but in between Jharkhand had become low in all the teams. But all the people of Jharkhand worked with dedication and selflessness for the development of hockey.

The four-player has been an important part of the Indian team in recent times and has made their names even after coming from a poor background.