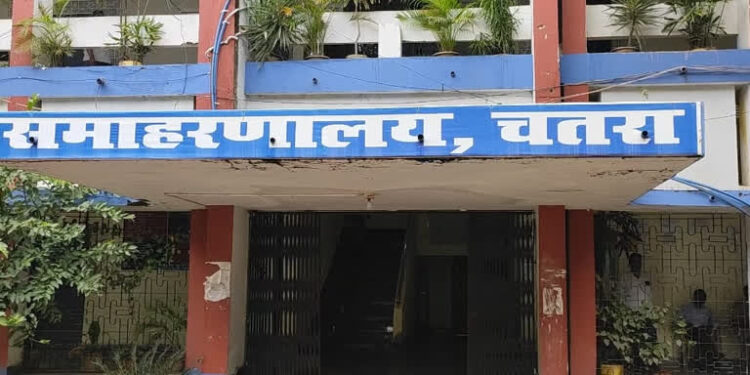 The audit report was submitted to the Chief Secretary on April 22, 2022. In the report, it has been recommended to recover the amount that has been falsified and made wrong by the then Deputy Commissioners of the district.

In view of the silence of the department, the PAG requested the Chief Secretary to intervene in the matter. After this, the Mines Department is probing the entire matter at its own level. The matter is directly related to the IAS officers posted in the district.

If action is taken in such a situation, many deputy commissioners posted in the district may be in trouble. According to the audit report, during the tenure of Anjali Yadav as Chatra DC, maximum complaints of irregularities in DMFT funds have been received.

According to the PAG report, 263 schemes worth Rs 56778.84 lakh were sanctioned in Chatra district from the DMFT fund for the year 2016 to 2023. Out of these only 40 schemes were completed. Schemes worth Rs 460.18 crore have still not been completed.

The work of the water supply scheme started in Tandwa from the DMFT fund is closed for the last eight months. The DMFT Governing Council had approved the scheme without the approval of the Gram Sabha.

Notably, Union Home Minister, while addressing the crowd at Chaibasa in West Singhbhum today, lashed the Hemant Government for siphoning off funds meant for the welfare of tribals under DMFT. Jharkhand was allocated Rs 830 crore under DMFT.

In the report of PAG Indu Aggarwal, it has been said that the then Deputy Commissioners of Chatra acted arbitrarily in the implementation of the schemes operated from the DMFT fund. He spent the amount of DMFT funds keeping the norms and rules set by the Central Government in check. It has been said in the report that most disturbances have come to the fore in Chatra district when Anjali Yadav was the DC.

It may be noted that the District Mineral Foundation Trust (DMFT) was set up by the central government to spend on high-priority schemes in the mining-affected areas as well as infrastructure including environment-related schemes such as irrigation, watershed and energy.

It has been said in the PAG report that a state-of-the-art conference hall was constructed in the DC office in Chatra with the amount of DMFT funds.

Mines Secretary Abubakar Siddiqui says that the official report of the PAG has not come to the Mines Department. Action will be taken after the report comes.

The department has called for a report from the district regarding irregularities in the DMFT fund, which is being investigated by the department. Action will be taken against the guilty officers only after the investigation.