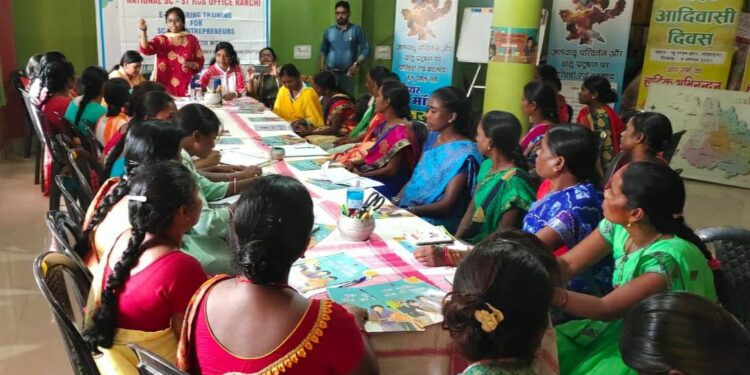 Addressing the programme, chief manager Kiran Maria Tiru apprised everyone about the schemes of National SC ST Hub and provided information related to central government and state government tender and business loan and motivated women to come into businesses.

She said that the Ministry of MSME, Government of India Public Procurement Policy has also brought a reservation of 3 percent for women under this, but due to the negligible number of women in the field of business, women are not able to take advantage of this reservation by such programmes. Making them aware and bringing them into the field of business is the first priority of the department.

Sensors with a demand have also been made to make registration fee free for tribal entrepreneurs. She said that the Chief Minister has brought a reservation of 75 percent for the locals in the private sectors related to employment, however 75 percent of the reservation in the field of industry-business is needed as well.

She said that a separate policy should also be made to promote micro-enterprise in rural areas. She said that this awareness programme will be organised in Gumla on September 26 and in Ranchi on September 28. In the first phase of this programme, the goal is to connect 5,000 women in a single thread for industry business.