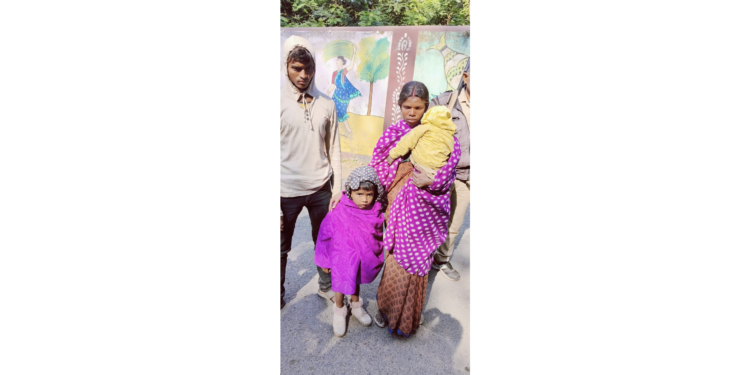 Ramgarh, Nov 24: Bhurkunda police on Thursday recovered four-year-old girl Aayat from Steam colony in Patratu who was kidnapped from Saunda D by a beggar woman. Police have arrested the beggar woman and a man in this connection from Steam Colony.

The kidnapped girl is handed over to her parents. A beggar had abducted the four-year-old girl on Tuesday afternoon from Saunda D 15 number mosque colony. The girl’s relatives immediately informed the police about the matter. The police started the search operation by sealing the area.

The girl named Ayat, daughter of Sabbir Ahmed alias Mantu was returning from the middle school at Saunda D with her mother Ayesha Parveen. en route, the girl started insisting on buying something to eat from the shop near Madhu Studio Dotalla.

Her mother told her that she has no money at the moment and should bring it from her house but the girl remained adamant about her insistence. Meanwhile, Ayesha left the child there and went home. But, when the girl did not return home for a long time, the family members came looking for her.

However, the girl was not found. A nearby woman told the family that a beggar woman was seen running away with the girl in her arms. She even tried to stop the beggar, but she ran away.