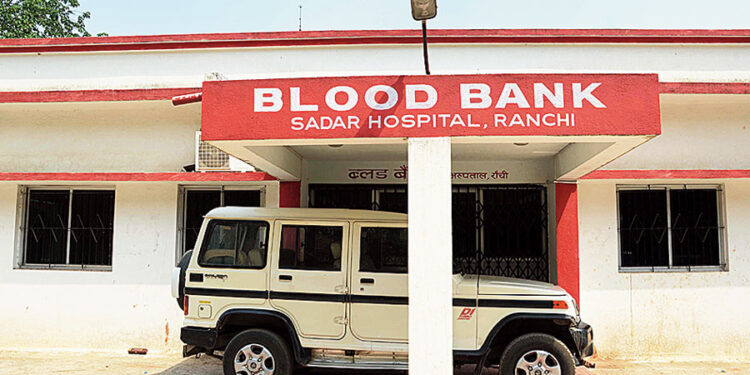 Ranchi, Nov.30: Indefinite period agitation will start from tomorrow morning to protest against the ‘Black blood law’ of the state government.

A letter by the founder president of Live Savers Atul Gera to the SDO, Ranchi, for permission, suggests so. The letter suggests that under the agitation, voluntary organisations will sit near Raj Bhawan everyday from 2pm to 5pm and mount pressure on the state government to repeal the law.

Contacted Gera for his comment, he justified the agitation saying it was a need of the hour.

“Government wants to sell a unit of blood from a state-run blood bank for Rs 1050 to the poor patient undergoing treatment at private hospitals. The decision was worth withdrawing as the poor patients admitted at private hospitals so far used to get the blood free of cost. Apart from this, the blood is collected free of cost from donors,” Gera said in justification to the agitation.

“Government has brought rules to stop black marketing of blood. Private hospitals used to bring blood free of cost for their patients and used to charge Rs 2200 for the same. Apart from this, it was also noticed that patients admitted to government hospitals were used to sending private blood banks to purchase blood at the rate of Rs 1450 per unit. To stop this practice a new system has been adopted. This is not going to affect any poor as those undergoing treatment at government hospitals will not be charged for blood from government-run blood banks. Apart from this, poor people admitted to private hospitals but are not covered under any health insurance scheme will be given free blood if private hospitals certify poverty by giving an undertaking. Those already covered under any health insurance scheme need not worry as insurance companies are bearing the expense of their blood,” Singh said.

On a patient from a government hospital being sent to a private blood bank and collecting Rs 2200 for free blood, Gera said: “Why doesn’t the government stop this practice instead of allowing the sale of blood collected by the donation from government blood banks. Apart from this, the limit which has been fixed for blood is applicable in big cities. For a state like Jharkhand, which is second to last, this price is not justified. After all, why charge for the blood which was available free of cost?”